Now that party season is officially over, we can get down to the more important things in life: binge-watching our favourite TV and film. With a new year comes brand new entertainment to consume and we’re excited to say the least. We’ve rounded up the best things coming to the Netflix to make your January a little more fun.

Ever since we left Joe creeping around after (spoiler alert) the murder of his girlfriend, Beck, we’ve been eagerly awaiting his return to our screens. Season 2 sees Joe off to LA to start over following his deadly antics in NYC. Naturally, there’s a new love interest for Joe to obsess over, but while it seems she’s set Joe on the straight and narrow, his past and body count soon comes up to haunt him. We’re hooked already.

Starring Superman’s Henry Cavil, The Witcher is a new fantasy series ready to fill the Game of Thrones void. It tells the story of Geralt of Rivia, aka the Witcher, who is a mutilated monster hunter. The book adaptation sees him struggle to ‘find his place in a world where people often prove more wicked than beasts’. If you’re looking for an 8-part series of Henry Cavil looking broody, then this is for you.

There’s been a Ru Paul shaped hole in our life since the last season of Drag Race finished, so buckle up ‘cos he’s back. AJ and the Queen is a new comedy seeing Ru Paul as a drag queen travelling across the US with a 10-year-old companion. The two are obviously misfits but go from city-to-city spreading love and the message of acceptance. Cue laughs, heart-warming moments and incredible outfits.

There’s nothing like a thriller to get stuck into during a bleak January. Tyler Perry’s debut film on Netflix centres around Grace Waters, a recent divorcee following her husband marrying his mistress. Her BFF persuades her to get herself back out there and soon she falls for a handsome stranger. All sounds idyllic, until this man isn’t all that he seems and Grace finds herself on a very treacherous road. There’s sadly no trailer at the moment, so the suspense is high. This is your ultimate Saturday night in watch!

One of the biggest and best comedies to land on Netflix is back for 2020 and we’re here for it. The second season of Sex Education picks up just where we left off. Otis is attempting to take things further with his girlfriend Ola, while also trying to deal with his strained relationship with Maeve. Grab snacks, your besties and enjoy a night of lols binging the second season. It’s kinda educational after all…

Fans of Sabrina the Teenage Witch rejoice! Season 3 drops mid-January and follows on from the dramatic events of the previous season. Setting out on a mission with her friends, The Fright Club, she embarks on a quest to free her boyfriend who has sacrificed his soul. Dark stuff. We’re just hoping that Salem the cat might speak and provide some one-liners this series!

So excited to be hosting alongside my wonderful Tanny @tanfrance on our new competition show @nextinfashion coming to Netflix January 29th!

Although you have to wait until the end of the month for this, it will be well worth the wait. Legendary Tan Francis (of Queer Eye) and ultimate girl crush Alexa Chung have joined forces to find the next big superstar in fashion. While we’re more interested in their blossoming friendship and Alexa’s amazing outfits, we’re excited to get behind a new reality TV competition. Plus, did we mention the clothes?! 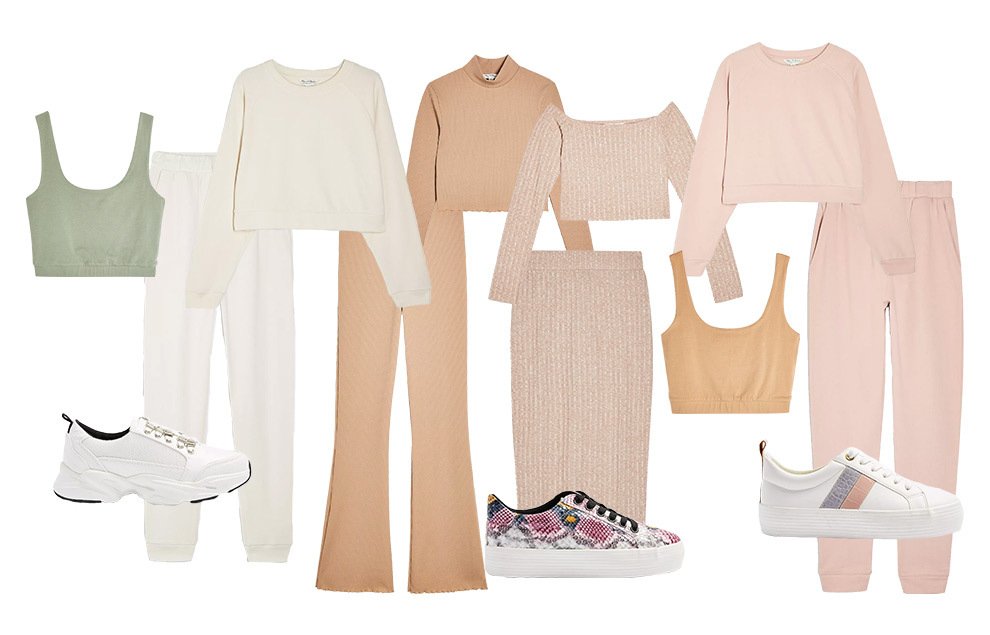 It’s also essential you look the part, so we’ve got all the outfits for you to do nothing in. Chill out in cosy co-ords and luxe loungewear worth cancelling plans for. Going out is overrated anyway…

Netflix & Chill: Everything You Should Binge-Watch During Social Distancing READ MORE

The Only Christmas Outfits You Need READ MORE